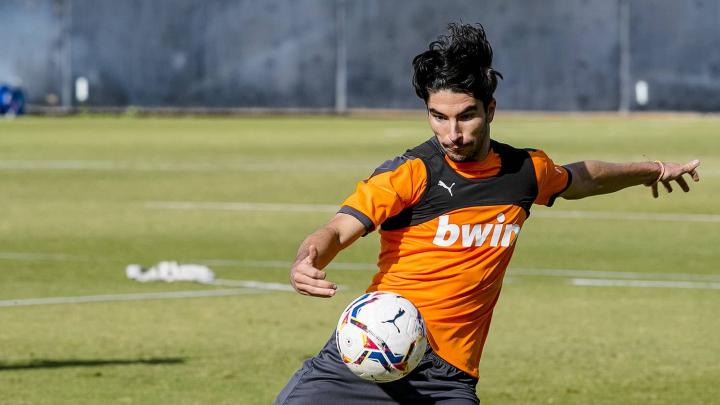 The 2020-2021 season did not go well for Carlos Soler, who returned from injury in the game against Real Betis. The Valencia youth academy has re-emerged and restored himself to full health. Recently, he accepted an interview with VCF Media to talk about his desire for the new season.

"I played 10-12 minutes against Betis. I am regaining the feeling of my game. It has been a while since my last game. I am really looking forward to it because this year's preseason is not as usual. The same, very different from normal conditions." Soler said that he now wants to continue the game and have a more stable performance.

"I want to have more playing time and start to play a more important role in the team."

"I got the help of the coaching staff, physiotherapists, and everyone who worked for the team. I have charged myself up and have returned to a fully healthy state. I am back on the coach’s list for the next game. Against Villarreal."

This means that as long as the head coach Gracia thinks he can play, Soler has the opportunity to show his comprehensiveness and contribute to the team as much as possible.

"My comeback is what the coach needs right now. We keep in touch and talk about what I can do and perform better. I talked to him, received his feedback, and made a decision. Maintain this relationship with the coach. It’s important, and it’s important to know that he has confidence in me."

The first challenge after the International Week is the regional derby against Villarreal, which has always been a special game for Valencia fans.

The midfielder warned: "This will be a tough game. We will work hard and win." He was the last time the two teams faced each other with a goal.

"It's like it happened yesterday. After a series of bad games, we won a victory. For various reasons, our recent away game with Villarreal was not going well, but watching the derby is coming soon It’s here. Every team can hit us. So why don’t we think we can win this weekend?"

"We are a fairly young team. We need to improve a lot, but the season has just begun, we still have a lot of room for improvement. I think we can give more and have a good season."