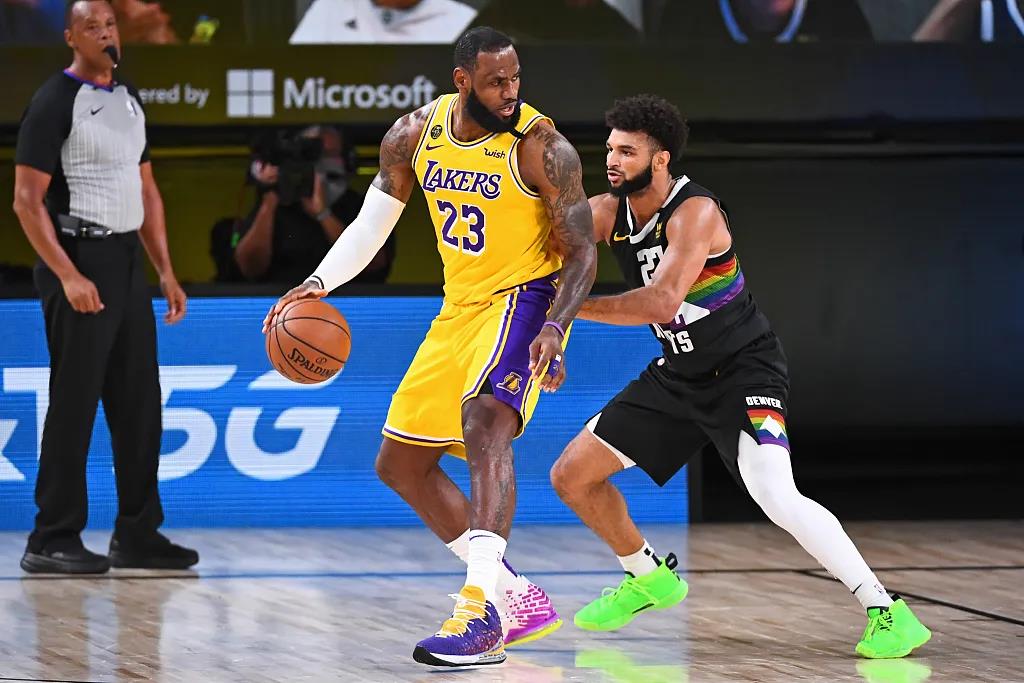 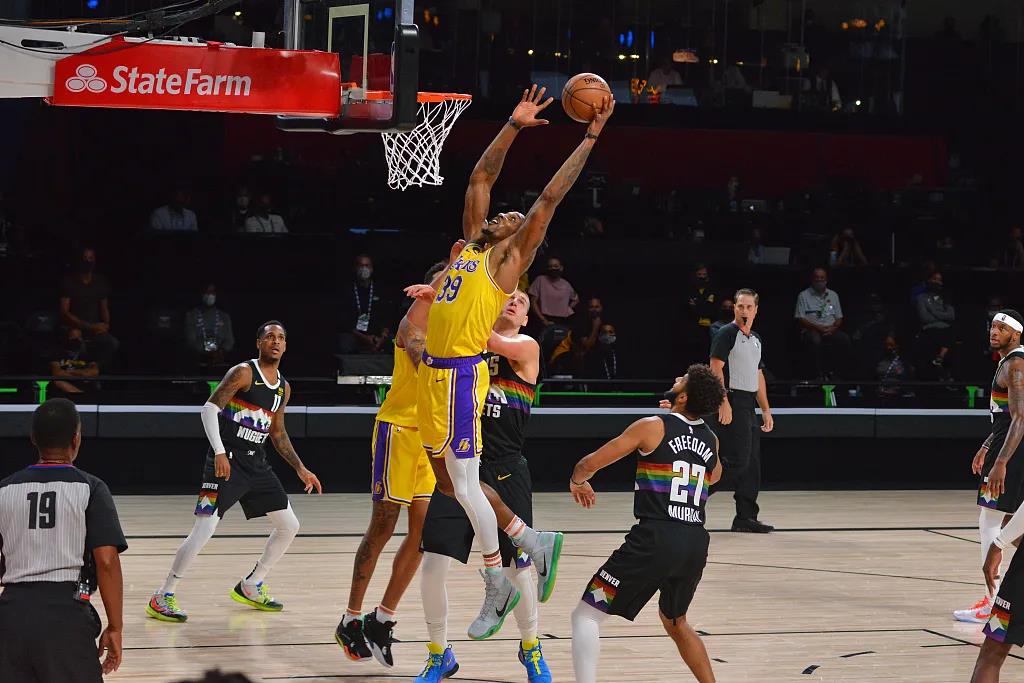 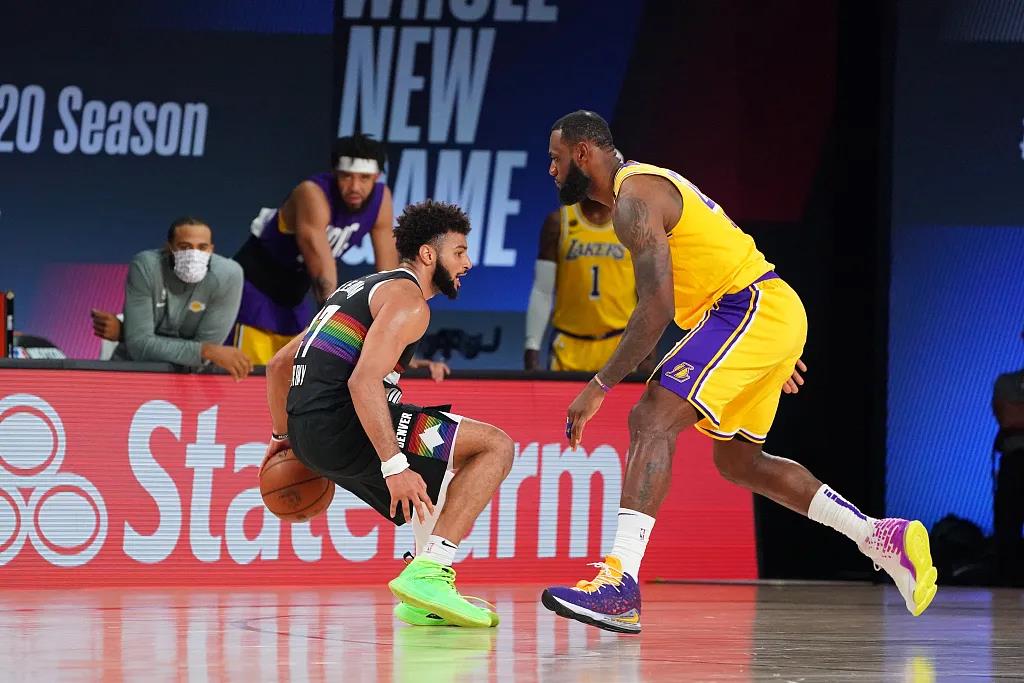 In the fourth game of the series, the general direction of the game strategy has basically been finalized. The two teams can become very few things, basically they are still implementing the previous game plan, and then fighting for a player to play on the spot.

The Lakers are still performing pick-and-roll shifts at the 15th and fifth positions. Sometimes they will help with the flanks, and sometimes they won’t. Faced with the pick-and-roll duo of Jokic and Murray, the Lakers basically have no good way. It is to let go of some non-essential offensive personnel, and at some point in time, more emphasis on cutting off Jokic’s contact with his teammates, and then create some foul problems for him, allowing him to stay off the court for a longer time so that he can There is more energy to target Jamal Murray.

The Nuggets are similar. Retracting defense is still the focus of their play. From time to time, they will try to use a few zone defenses, which is the Lakers' shooting shortcomings. The Nuggets with thick eyebrows in the opening several times were a little overwhelmed, but fortunately, the Lakers' performance gradually normalized afterwards. James's jump shot performance today was very bad. Several delayed offenses in the last quarter almost pushed the Lakers. To the abyss of losing.

But even with this knowledge, the Lakers still pulled out some new things. It was these things that helped them win a vital victory.

1. Howard was put on the start.

McGee was really at a disadvantage in this matchup.

He could neither prevent Jokic nor Murray, and he didn't do well enough to change defenses and delays. If he can't get an easy chance to eat the cake on the offensive end, his role on the court is negative.

When the first game was over, I said the Lakers had to make adjustments. Howard replaced McGee in the starting lineup, which was definitely one of the choices. Sure enough, Vogel used it in this extremely critical game. And Howard did give back the trust of the coach with his excellent performance on the field-he scored 12 points and 11 rebounds in 23 minutes of playing time, including 6 frontcourt boards.

The Lakers could grab 12 offensive rebounds today and beat their opponents 25-6 in the second offense. Howard contributed.

But even so, he is still not the Lakers' answer in the fifth position. Throughout the fourth quarter, Howard did not get a chance to play. The reason was the Lakers' pick-and-roll defense.

The Lakers emphasized switching defenses, but they did not provide enough assistance. Once Howard was replaced in front of Murray, his defense status would become very awkward.

If you don't raise your defensive position, Murray can punish you with mid-range shots.

But you have to push up your defensive position too much. With Murray's speed, it is too easy to pass Howard.

But having said that, Murray is really not very restrictive.

Not only can he hit your big misplacement, but now the Nuggets will also arrange the screen coordination between the first and second positions, let Harris come over to block Murray, let Murray call Green, which is very heartbreaking. Green can't defend against a small guard like Murray. He was blasted miserably in this series. Relatively speaking, Caruso and Pope have better defensive effects, but the Lakers are still willing to believe Green on the scene, but Green really guards. Murray couldn't help almost any attack.

The Lakers made a very subtle strategic split in the fourth quarter, allowing the team to successfully hold the final victory.

How to do it We started speaking slowly from the beginning of the fourth quarter.

At the beginning of the fourth quarter, Jokic was not on the court. The Nuggets let Murray play with a rotation lineup, with Plumley as the center.

As I said before, as long as Jokic is not on the court, the Lakers should resolutely pinch Murray. At the beginning of the fourth quarter, they did just that.

The Lakers used a lot of pincers against Murray and forced him to take the ball. Murray stopped playing the pick-and-roll and switched off without the ball. The ball went to Monte Morris. He and Plumley Come to launch a pick-and-roll offense, and the Nuggets' success rate suddenly drops.

After three minutes, Malone couldn't stand it, so he quickly got Jokic back.

As soon as Jokic came back, the Lakers didn't dare to pinch. Murray was instantly resurrected on the spot, and the hand-to-hand cover and counterattack were all played out.

However, the Nuggets immediately encountered another problem, which was Jokic's 5 offense. A rebounding foul, a push when the thick eyebrows broke through, only played for one minute and was forced to leave. This should have been a turning point. Millsap could not replace Jokic, but the Lakers did not seize this opportunity. Why?

One reason comes from strategy.

After Jokic went down, James also went down to rest. The Lakers put on a small lineup of thick eyebrows + Morris + Caruso + Rondo + Pope. The thick eyebrows were arranged to match Millsap, and the pick-and-roll was pulled out. At this time, although the Lakers were still executing without an appointment. Kic attacked Murray's defensive strategy, but the Lakers' penalty area has become extremely vulnerable.

With this kind of ball, Grant has to cut into the basket, and Morris can't do such a one-to-two job.

The other reason comes from Murray.

I have to say, it's really difficult! !

This kind of purely relying on the star's personal ability to bite the score, you will be lost, this is the embodiment of Murray's ability.

The focus of the fourth quarter occurred after about 6 minutes left in the game, after James and Jokic returned to the court at the same time.

From then on, the Lakers made a very important match-up adjustment-they asked James to match Murray, Pope defended Grant, Morris was in charge of Jokic, and Millsap was assigned to thick eyebrows.

The Lakers should consider this kind of counterpoint arrangement like this:

——They believe that Murray, who has played for more than 40 minutes and is about to bottom out his physical fitness, will no longer be as energetic as he was at the beginning of the game. It is unlikely that he will beat James by speed in one-on-one offense and defense. At the same time, James can also use his size to limit Murray's offensive vision;

——Do not let the thick eyebrows to defend Jokic, but to match Millsap, you can effectively dismantle the Nuggets duo, Murray and Jokic's pick and roll allows the double striker to rely on their body to interfere with their connection , And one-on-one top defense, Morris’s strength is better than Kuzma, not so easy to be swallowed by life, and thick eyebrows can stay in the basket for a longer time, reducing the opponent’s use of various air cuts to steal The chance of breaking the back door.

In the last 6 minutes, Murray made 12 of 17 shots and made 0 of 3. Murray, who was arbitrarily dominating the Lakers' defense throughout the game, was frozen at a critical moment. This is the key to the Lakers' ability to control the rhythm of the game.

And this internal match-up idea may also help the Lakers more in the next game.

That's all I want to say.

No one commented, but quiet

Not remembering Kobe in social media makes me questionable, he understands my love

Inter Milan continues to lead in victory, Milan is swept by 5 goals